Nothing says, “Party Pooper” like telling someone to fuck off, no?

“Hey, DD, how about the year in review!”

January 2008 – First trimester of ZGirl’s pregnancy and I was sure I would miscarry any day.

February 2008 – Made it to second trimester of ZGirl’s pregnancy and I was sure I would miscarry any day.

March 2008 – Bought a minivan and my husband discharged a rifle accidentally  in my parents’ house…and I was sure I would miscarry any day.

April 2008 – Made it to six months and every one knows. While no longer fearing I will miscarry any day, I am still babygear shy.

May 2008 – Actually purchased my first major babygear and blogging like a “normal” pregnant person. Why didn’t you smack me when I got annoying like that?

June 2008 – Eight months pregnant and so over the hype.

November 2008 – I’ve become a mommyblogger and talk about breastfeeding! *shudder*

December 2008 – Took a break from blogging. Came back from break. Not much of a break if I was to be honest.

And for 2009’s Resolution? I don’t believe in resolutions, but this seems like a good start: 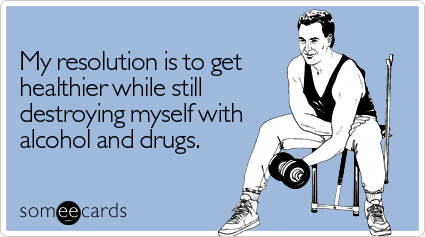 Pass the valium and champagne!!