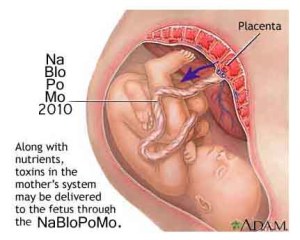 I’ve been complaining on Facebook about one of the people I’ve been stuck next to at my current temp job. I’ve mentioned her here a couple of weeks ago. She happens to be the first and only woman to have ever become pregnant! Can you believe it?!

Within the first two days working in the same room as her, she has imparted the following bit of trivia:

You know, it’s one thing for a fellow employee to do this if I had been working with her for a couple of months and we had developed some kind of repoire, but this woman is the Queen of Overshare. I don’t know if she’s hoping that we’ll throw her a baby shower or what, but christ! I don’t care to know that much about a stranger. I’ve never liked chit-chat so this bedroom exchange is really annoying the living crap out of me. Let me clarify that she’s not just coming over to my desk and telling me all this, she is announcing it to the room of 12 people.

And it’s not like I can escape the endless wah wah wahwahwah wah, because I can’t physically leave the area and still do my work. Instead, Sparring Partner took pity on me and filled up an MP3 player with a bunch of my favorite music. It helped.

It was pointed out to me on FB that my bitter complaining should be channeled more constructively into happy, congratulatory thoughts. I suppose that’s a valid point IF SHE WAS A FRIEND, but she’s not. I don’t owe her happy, congratulatory thoughts. She didn’t offer me any sympathy on the day I showed up in crutches and it the unavoidable  questions were answered, but they were answered simply.

Let’s end this post, probably one of the longest I’ll have during NaBloPoMo, on a happy note – literally:

Effing son of a gun

You think you’re so deep now, you give me the creeps

I can’t count all the ways how

You speak in clichés now

Riki: Really? ‘Cause I don’t feel that those two things are related. It’s not like one or the other.

I can’t wait to hear someone say

If it has a penis”

Riki: What you’re gonna name it?

I was being polite

Since you have no life now

You say you’re walking on air

You think that you’re glowing

Riki: Oh my gosh, I’ve got so much going on. I got my novel published, I moved, I got married.

Kate: Gosh, you know, everything seems so trivial now that I’m pregnant.

Kate: You know, I can’t even remember what I did before I was pregnant. Everything else seems so meaningless.

Effing son of a gun

You think you’re so deep now, you give me the creeps now

* And if you are currently pregnant, please realize that this is not directed at you personally. Unless you’re acting smug.

Leave a Reply to a Cancel reply